"Am (phi) bious", an award winning project from the contest of Water Disaster Response Learning Station, by students of Thammasat University. 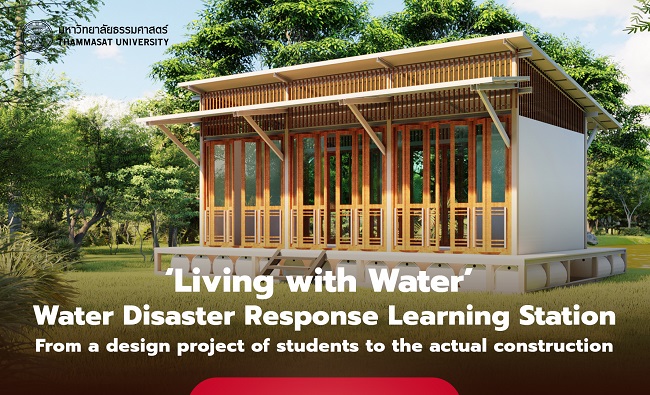 Images of the suffering from the flood situation as a result of the depression "Dian Mu" that caused damage to people in the north, the northeast and the upper central region, causing the Thai society to raise big questions about the government's flood countermeasures.

Not only in the severely affected areas, but the images of the damage have frightened Bangkok residents and brought back bad memories from the great flood in the year 2011.

In the midst of the feeling of insecurity, many people have risen up to build a surveillance system as well as create innovations to live with water or “Living with Water” by themselves. 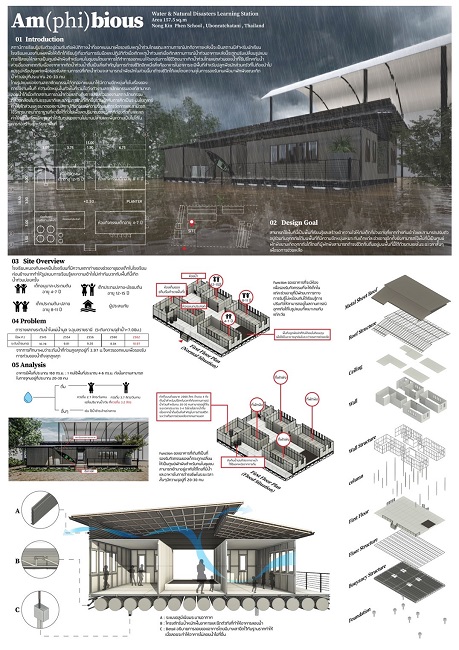 One of them is "Am (phi) bious", an award winning project from the contest of Water Disaster Response Learning Station, under the project "Save Ubon" by students of Thammasat University (TU). The project is currently being built and actually installed in Ban Nong Kin Phen School, Warin Chamrap District, Ubon Ratchathani Province.

Ban Nong Kin Phen School is considered a “prototype” of adapting to live with water in other areas, can be applied according to their own context. This school accepts students from kindergarten to elementary level and if there is no flood situation, the school spaces will be used for the students to do activities. 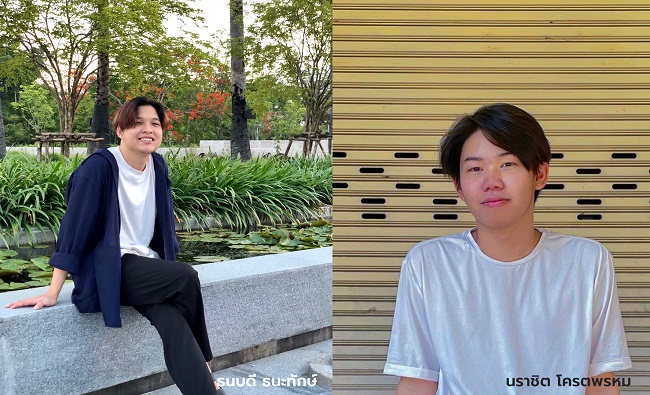 However, Mr. Thanabadee Thanatak and Mr. Narachit Krotprom, 4th year students from the Faculty of Architecture and Planning, Thammasat University see an opportunity to adapt school spaces to cope with flooding. Therefore, jointly designed a new building in the style of "floating building" where around 20 to 30 people can come to live in a sustainable way. There are sufficient vegetation plots, food and clean water for long-term living.

Within the building, there is also an activity room zone for students to learn and acquire information of the proper actions in the event of flooding as well.

Mr. Thanabadee said that the style of the architectural project was designed to be flexible. The floating form of the building is similar to the raft with an oil tank underneath. The building is modular, making the proportions and scale of the architecture easy to manage and is able to use standard size materials that are generally available. This is to minimize the amount of materials and reduce material costs. This prevents the cost of the project from escalating and increases the possibility of construction.

“Clean water is essential to life. We therefore design a system to separate drinking water from water for general uses and there are areas to plant homegrown vegetables that are eatable without having to process or season. When there is a flood, this part of the vegetation can be used for living. The capacity to accommodate people to come to shelter during the flood is about 20 to 30 people," said Mr. Thanabodee. 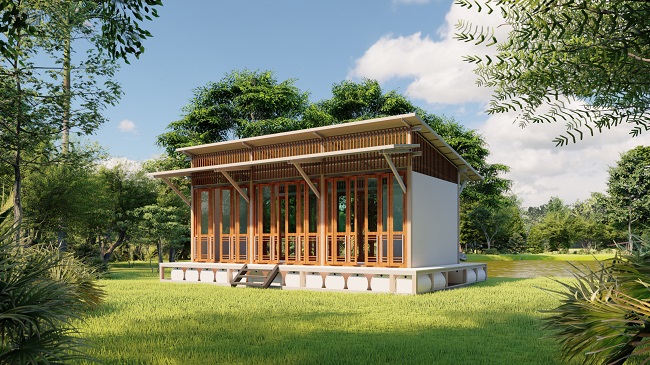 It is certain that the project "Am (phi) bious" has attracted attention and has been extended to achieve real construction. But with a limited budget of only two hundred thousand Thai baht, causing the reduction in size by more than half and changes to some structures which was initially designed to accommodate 20-30 people down to only about 10 people when it comes to actual construction.

“Fortunately, when initially designing, ready-made construction materials were already used which is not a custom size. Therefore, there is no need to adjust anything much. After completion, this building will be set up in front of the school. While in normal circumstances, it can be used as a meeting point for parents to pick up their children,” Mr. Thanabadee explained.

This TU student also said that all the knowledge learned from the university was used in the design. But when they encounter with the actual job, they need to learn to adjust which must be consistent and based on the interests of users. In the construction process, lecturers from the Faculty of Architecture has come to support in the selection of the structural material for cost efficiency.

As for the construction of the Water Disaster Response Learning Station “Am (phi) bious”, we have already discussed with the contractor and there is coordination to Ubon Ratchathani University to help monitor the construction as well, as it is close to the actual construction site which is expected to be completed before the end of this year.

“This is the first design project to receive an award and actually be constructed. It is different from the previous one that was designed only as a class project. The issues and obstacles that arise are considered very important experiences. Personally, I surely enjoyed and feel happy to design and insist on creating new projects to drive society," said the student.