Thammasat University joins hands with NSTDA and QUB to open the "IJC-FOODSEC", aiming to produce world-class research to promote food safety and security. 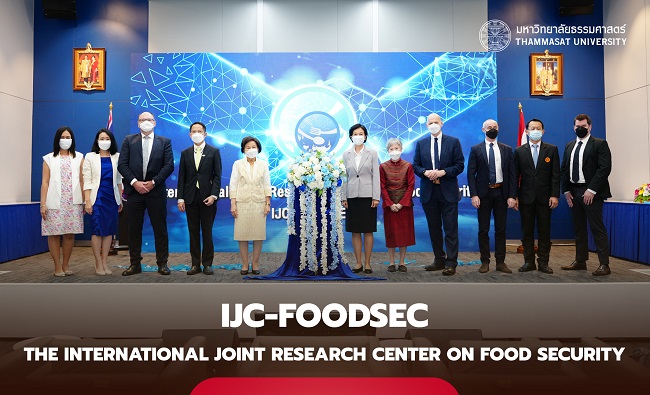 Thammasat University together with the National Science and Technology Development Agency (NSTDA) and Queen's University Belfast (QUB) opened an International Joint Research Center on Food Security or IJC-FOODSEC, aiming to produce world-class research for food safety and security throughout the supply chain in the ASEAN region. 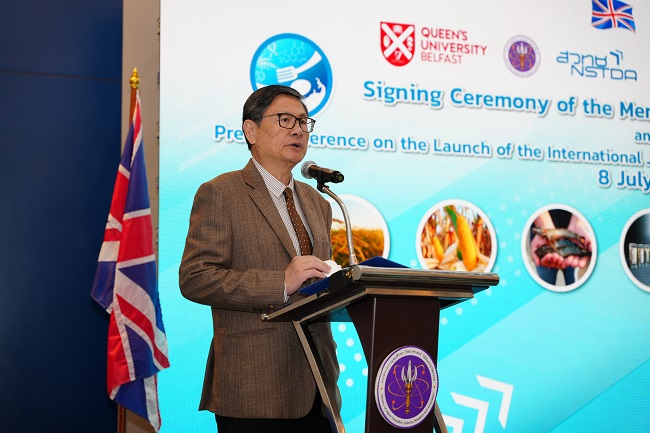 Adjunct Professor Dr. Anek Laothammathat, the Minister of Higher Education, Science, Research and Innovation revealed that the food industry is one of Thailand's main industries with strenght both nationally and globally that continuously enhances economic value for Thailand. The food industry is one of the strategic sectors under the BCG Economic Model (Bio-Circular-Green Economic Model) in which the government has set on the national agenda. Food products have the potential to increase the GDP value from 0.6 trillion Thai baht to 0.9 trillion Thai baht by developing on the basis of the readiness of stakeholders in the Thai food industry by upgrading the quality, establishing standards and product safety, creating new products, especially in the health food group, functional foods, or the development of functional Ingredients which are products that the market has grown significantly. 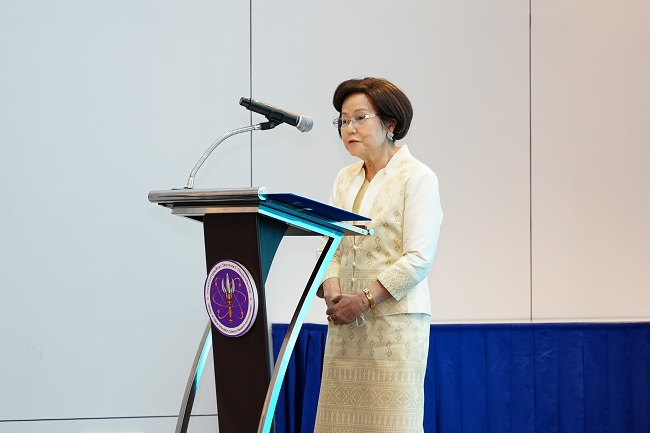 Assoc. Prof. Gasinee Witoonchart, Rector of Thammasat University said that the research and development action plan which was a problem raised by the private sector's needs from the beginning is considered an important mechanism for driving the exchange of research and technology for the industrial sector to and adopt and apply further. By which the target industry is food industry, animal feed industry and veterinary supplements industry which will have an economic impact on the country, reducing the import of foreign products, creating new quality products as well as increasing the competitiveness of the private sector. 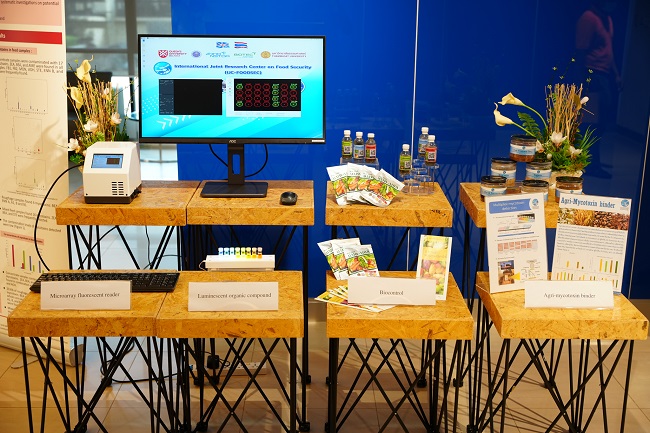 IJC-FOODSEC focuses on research and development in food and animal feed innovations by focusing on the development of production technology to reduce waste during the process and make the best use of resources in order to minimize production costs and increase profits. It also focuses on research to add value to agricultural products and biological resources in the country, and study about food safety especially in the issue of mold toxins to enhance the capability of entrepreneurs in Thailand and ASEAN to have the potential to become the center of food production and export on a global scale. 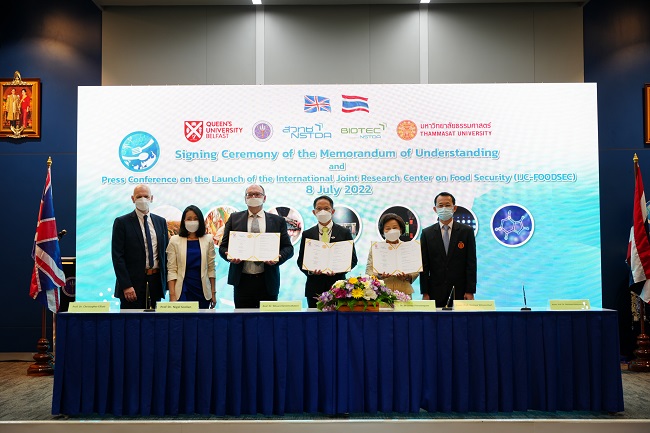 The International Joint Research Center on Food Security is located at the National Center for Genetic Engineering and Biotechnology, NSTDA. The management team consists of Prof. Dr. Christopher Elliot, Founder of the Institute for Global Food Security, QUB, Chairman of International Advisory Board, and Bualuang ASEAN Chair Professor on Food Security (appointed by Thammasat University) and Prof. Dr. Nisara Karunutaisiri, senior researcher from the Comprehensive Microarray Research Team, National Center for Genetic Engineering and Biotechnology and Asst. Prof. Dr. Awanwee Petchkongkaew, Lecturer of Food Science and Technology, Faculty of Science and Technology, Thammasat University as director of the center.