A new plant that blooms during April to May, in the area of ​​the nature trail, Namtok Ngao National Park, Ranong Province, which can be seen by tourists along the path. 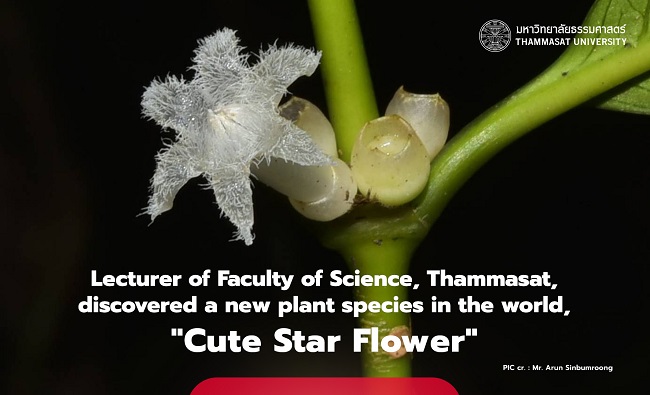 Each discovery of a new plant may depend on a list of factors, such as the abundance in such areas, where a new plant has recently been discovered, “the Cute Star Flower”.

A name has been initiated and a botanical description has been written in accordance to the international rules for determining the scientific name of plants (ICN) by Dr. Thiwthawat Napiroon, Lecturer in the Department of Biotechnology, Faculty of Science and Technology, Thammasat University with Mr. Arun Sinbumroong, Forestry Technical Officer, Professional Level, Protected Areas Regional Office 4 Surat Thani Province, Department of National Parks, Wildlife and Plant Conservation to survey and collect prototype samples; and Mr. Manop Phuphat, Forestry Technical Officer, Professional Level, Office of the Forest Herbarium, Department of National Parks as a taxonomic advisor.

“Cute Star Flower” has the scientific name of Lasianthus ranongensis Sinbumroong & Napiroon, which was named in honor of Ranong Province, the area where it was first discovered, and the study team. It has been accepted for publication in the American Journal of Plant Biology PeerJ (Plant biology section), where part of the research was supported by the cooperation in the Flora of Thailand project. 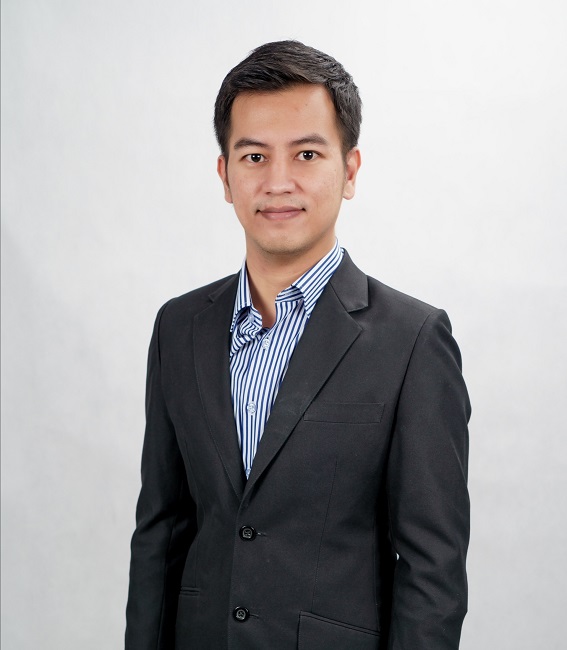 Dr. Thiwthawat Napiroon, Lecturer in the Department of Biotechnology, Faculty of Science and Technology, Thammasat University who examined the genetics of this plant, said that from researching scientific evidence, this plant has never been reported or discovered before. It has been first discovered here in Thailand, in a tropical rainforest of the Andaman Sea at Namtok Ngao National Park, Ranong Province.

“The time of collecting this plant was right at its flowering period of around this April to May, using the laboratory of the Department of Biotechnology, Faculty of Science and Technology, Thammasat University. It took about a month to prove all of the plant genetic identification,” said Dr. Thiwthawat.

Cute Star Flower is one of the members of the Lasianthus Jack genus. Various Rubiaceae species within this genus are wild medicinal plants that are rich in important phytochemicals such as scopoletin of a high amount. From the number of petals according to plant biology or botany, the number of petals is not within the range of 4-5 petals or is a multiple of that number according to the common dicotyledon, but appearing in the tropical forests of Thailand.

With the characteristics of the reproductive organs that are different from neighboring species within the same genus, including other plant components; such as leaf morphology, monofilament-like strings corolla surface covering, beaded calyx, calyx, auricle morphology, etc. These traits are genetically controlled and vividly indicates the uniqueness of a species in evolutionary biology and botany.

Dr. Thiwthawat revealed that the characteristics of "Cute Star Flower" is small shrubs with beautiful flowers similarly to stars of 6 or 7 points, depending on the forest ground that tourists can see during the nature trail heading to Ngao Waterfall without having to go into the deep forest, this will surely help promote tourism in the future.

“I have discussed with the Department of National Park on the ongoing research and Namtok Ngao National Park in relation to the application of plant biotechnology or tissue culture to increase the number of plants in equilibrium or reduce the risk of disappearance which will be made into a area-specific model to keep plants in an environment where they can settle and later increase the chance of survival. In other areas, if the environment is suitable or similar to what was discovered, there is a chance to be found as well,” said Dr. Thiwthawat.

Currently, it is kept at the Office of the Forest Herbarium, Department of National Parks, Wildlife and Plant Conservation (Forest Herbarium-BKF), Bangkok. The study of the preserved prototypes of the flower are available, including the dried samples of the staff specimens.

Some information from Thai PBS