Thammasat Student has built a reputation in the Asia-Pacific Level, winning a joint bronze medal with Singapore-Taiwan 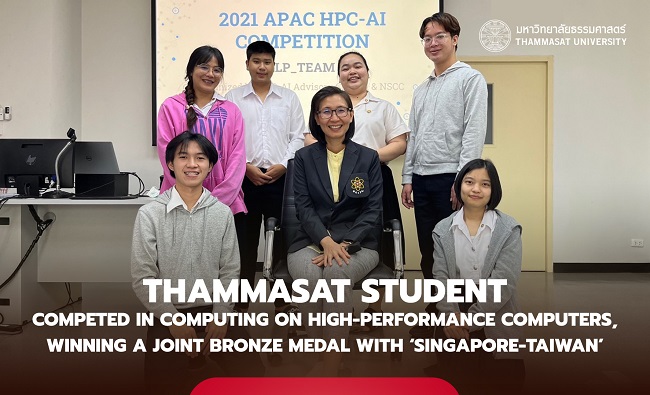 AI or Artificial Intelligence is the technology behind the giant social media application like Facebook in selecting content to show on the page, creating ads, and recommending the right feed for each user. The content revolution in the age of AI is driven by the power of advanced computing in supercomputers (HPC: High Performance Computing) originally used for advanced engineering and scientific research and used in AI calculations as well. The ability to extract computing power on HPC systems is therefore an important force that can help support the economy and drive the country's advanced technology business.

It is praiseworthy when a team of computer science students from the Faculty of Science and Technology,  Thammasat University, Lampang Campus, as a representative of Thai youth who can pave their way on the stage of APAC HPC-AI 2021, a competition on the performance of artificial intelligence models for computing on high-performance computers by winning the joint 3rd prize together with the team from National Tsing Hua University, Taiwan and the team from Nanyang Technological University, Singapore. 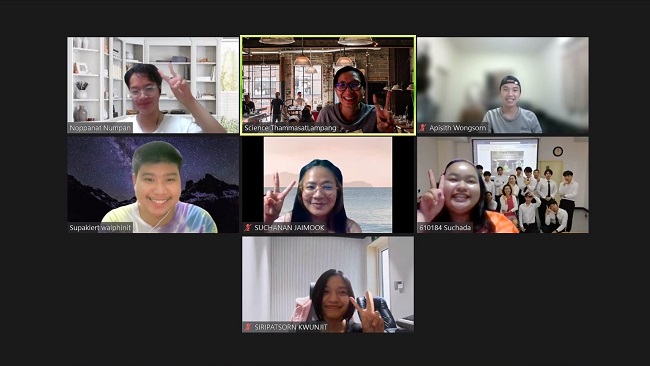 APAC HPC-AI 2021 is an international competition of the Asia-Pacific region, organized by the HPC-AI Advisory Council and the National Supercomputing Center (NSCC) Singapore. The competition aims to draw on the performance of artificial intelligence models to compute on high-performance computers. For this year, it is the fourth time of the competition, presents 36 teams from 13 countries competing online over a five-month period.

Mr. Abhisit said that this competition is the use of high-performance computers of the National Supercomputing Center (NSCC) in Singapore to solve problem in which differ every year. This year, there will be 2 problems, which are HPC and AI problems. The HPC problem requires us to extract the performance of the GROMACS program to simulate the molecular dynamics of STMV and Lignocellulos viruses to perform computing on a high-performance computer using up to 768 CPUs at the same time for maximum efficiency. The problem of AI, we need to draw on the performance of the Facebook feed item recommendation model (Facebook DLRM) when computing on an Nvidia DGX-1 GPU cluster.

“In the competition, Thammasat team is divided into 2 sub-teams, having 3 people in each, and each team would receive a HPC model problem which is regarded as one of the common problems. To analyze this model, we selected suitable tools that have been studied earlier. As for the artificial intelligence model problem, it is not as widespread as the HPC model, the team however was trying their best to offer effective and achievable results,” said Abhisit.